“Compelling Presentations – Do you dare?” by Peter Franklin of the Richmond Group

A few years ago I read a book called Presentation Zen by Garr Reynolds. You can find it on Amazon. Garr is a graphics designer who lives in Japan and spends his life analysing presentations. He believes he has found the recipe for truly engaging presentations – which follow a set of rules a million miles from standard practice. Their logic is however compelling – and I have personally proven them to work in practice.

I was giving a talk on the future of Smart Energy in Rome and was scheduled to speak on the last day of a three day conference. The talks before me had the traditional PowerPoint accompaniment – the script on the slide – sometimes over 100 words on a slide. A plethora of bullet points per page. Graphs with illegible keys and labels. You will have seen them many times over – and you may well be in the habit of producing them yourself.

I had decided before the event that I was going to give Presentation Zen a go. I would follow the challenging guidelines to the letter.

So I gave my talk and the chairman said “Ladies and Gentlemen, we still have a few minutes. Does any one have a question for Mr Franklin?”

A gentleman in the audience put up his hand. The chairman invited him to speak. He stood up and introduced himself as the Turkish Energy regulator – a highly respected figure in the Energy World. I wondered what his question would be.

What he said surprised me.

He simply stated that he wanted to thank me for the most engaging and enjoyable presentation of the conference. For me that was proof that the rules of presentation Zen work!

So what are these rules?

Looking underneath them there is a piece of understanding.

That is that a “visual aid” is different to a “leave behind”.

The answer of course is that they will be reading the slide and not listening to you. Since the visual sense organs are dominant over the auditory they will actually have no choice – they will not be able to hear you! Hence the rules of a picture, and a maximum of 6 words really work. The audience can engage with you – and you can get your message over.

Ah – you may say – a set of pictures and the odd word is no good as a reference document for the audience to refer to after the presentation. True! But that is where the “leave behind” comes in. The “leave behind is the reference the audience take away with them to refer to after the event. That could be a custom written paper, or a brochure. But if you like the easy life – it could be your visual aid slides with notes pages containing the commentary of what you say to the slides. That is easy to produce when you are rehearsing your presentation – indeed writing it is a rehearsal in itself.

So are you ready to challenge yourself and adopt the presentaiton Zen rules – and really engage your audience?”

Visit our Eventbrite page to see all our Events 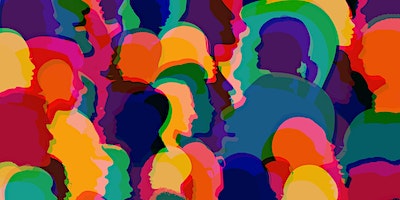 16th February 2023, 6:30 pm
How to network successfully and have the opportunity to practise some useful techniques in an informal and light-hearted way. END_OF_DOCUMENT_TOKEN_TO_BE_REPLACED
Book Now »

Join Us on LinkedIn

Back to the top