With the tourist season approaching, will the sun finally shine on Europe?

Reproduced by kind permission of The Centre for Brexit Studies

Unlike the UK, the EU economy was not able to avoid falling into recession at the turn of the year. Both saw falls in GDP in Q1 but the UK had avoided a decline in the last quarter of 2020 despite a November lockdown. But two quarterly drops for the EU with the economy contracting by just 0.9% in the last six months meant nevertheless  a technical recession from which the region is  only just beginning to emerge. What damage has it all done and what comes next?

One aspect of the crisis has been the large differences between countries both in terms of the initial impact and in the way they are recovering.  Even in Q1, for example, France managed to register a small increase while most other big countries saw declines. And Southern European countries such as Italy, Greece and Spain have been hit most as they rely more heavily on tourism which has been seriously disrupted during the pandemic. But all have been affected by the late ordering and then slow initial roll out of Covid vaccines. This was not helped by the concerns about reactions to the Astra Zeneca vaccine, forcing restrictions to stay in place for longer than had been anticipated.

That is now changing. And a soupcon of optimism has finally crept in. First of all the decline in activity at the turn of the year was less than was expected- and certainly less than what was seen in earlier lockdowns. It seems that firms and households adapted better to the second and subsequent waves of restrictions. Manufacturing and construction continued to operate throughout that period after closures during the early lockdowns . Trade is picking up, helped by what has been a strong expansion in Chinese and US demand. Industrial production across the EU is slowly recovering and in some countries like Germany business optimism is strengthening. As a result, and after a series of downgrades, the  European Commission has finally this month upgraded its forecast for the EU economy. It now expects growth of 4.2% in 2021, and of 4.4% in 2022 on the assumption that there is a substantial easing of restrictions in the second half of the year- which is fast approaching. Like elsewhere the consumer is likely to be the main force of growth ahead as a lot of pent- up demand is unleashed. And hopefully weak investment trends will be reversed by the injection of funding from the Resilience and Recovery Facility (RRF) of € 750b that is due to begin being dispersed soon in the form of loans and grants on the back of national investment plans that are currently being submitted to the European Commission by member countries.

Indeed the consumer confidence indicator continued to rise in April and now stands above its long term average , both in the EU and the Eurozone. And this despite an unemployment rate of 7.3% across the region which, although coming down slightly in recent months and varying widely from country to country, is still artificially flattered by governments’- and the Commission’s- employment support schemes. But much will depend on whether there will be enough built- in resilience to cope with the inevitable winding down of the massive fiscal and monetary support given to the economies during the pandemic. With the strict Stability and Growth pact suspended for the time being, and in fact now under review, the aggregate general government deficit across the EU has moved from just ½% in 2019 to some 7% in 2020 and is expected to rise further to some 8% in 2021 as a whole. Public debt is expected  to reach 95% in the EU and 102% in the Eurozone this year -and much higher for some  countries . Compared with the aftermath of the financial crisis , there  seems to be a lot more acceptance by the IMF and others this time round of the sustainability of ultra high borrowing levels given near zero interest rates. Nevertheless some EU countries will still be saddled with a lot more debt than they can reasonably deal with as they come out of the recession, limiting future growth potential.

So threats on the horizon for the longer term. But the continuation of the more benign conditions in the short term at least depends crucially on two things- inflation and hence interest rates staying under control, and the success of the vaccine rollout- barring any new, more resistant strains of the virus. On the first, commodity price increases and also disruptions in supply chains mean that a bounce back in demand could well lead to a resurgence in inflation that might breach the ECB’s target of 2%. In fact German year- on- year inflation is already at that level  with forecasts that it could reach 3% by year end. Will the European Central Bank(ECB) react by at least tapering its massive additional weekly bond purchases which have been part of its temporary €1.3tr pandemic emergency purchase programme (PEPP), that have come on top of its old Quantitative Easing(QE) Asset Purchase Programme? Or even perhaps start looking at whether negative interest rates still make sense?   But that may seem premature as there are still huge differences between countries.  Ireland, Spain, Italy , Greece  and Cyprus all had negative inflation last year. Greece remains in deflationary mode so far in 2021. And the German high inflation numbers reflect extra factors such a VAT rise which has pushed the year on year rate up.

The second assumption relates to the vaccine roll out. Indeed the evidence is beginning to emerge that in some countries at least the vaccine deployment is now accelerating. Europe started vaccinating 3 weeks after the UK – as of May 10 only 11.1% of the Greek population was fully vaccinated , in other words had their second vaccines. The figure for Portugal, which is a now on the UK’s green travel list, was just 10.7%. It was even lower in Germany at 9.5%. This compares with 27% in the UK. And yet last week, after the figures were compiled, the news came that Germany was vaccinating some 1.3m people on just on one day! Maybe there is hope to save the tourist season yet.

Visit our Eventbrite page to see all our Events 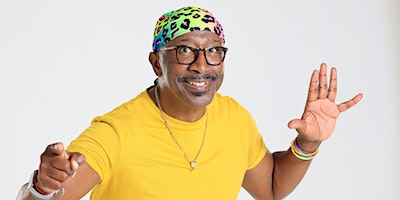 Get Moving, Shaking and Motivated for 2022

Join Us on LinkedIn

Back to the top